I don’t know if there has ever been a case whereby one half of a marriage has won a divorce disposition on the grounds of sowing seeds but the way things are going, I may become a victim of such a case. Not only have I filled the south facing kitchen worktop, our south facing bedroom windowsill, and our son’s south facing windowsill. I have now removed the family photos off the upstairs landing windowsill, both of them. This time, it’s to start off my onions to get their root system going. 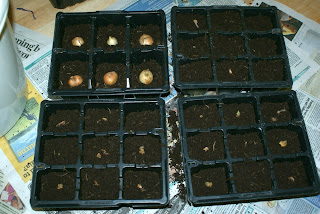 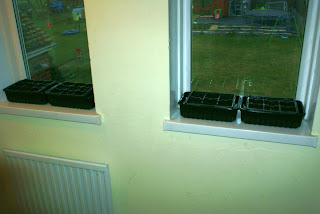 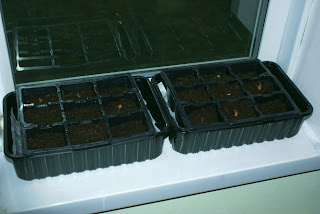 I had thought of doing the same for my carrot seeds which would also have the advantage of reducing the problem of carrotfly attacking but having asked on the Grow Your Own Forums I now know they don’t liked being disturbed which would happen when transplanting them from module to soil.
So what’s left to sow indoors? I have some cherry tomato seeds that I want to start off and again under advice from the forums, I shall be moving the Broadbeans out in to the greenhouse during the day and bringing them back in again night with next weekend seeing them move in to the greenhouse permanently until they are ready to go in to the soil. 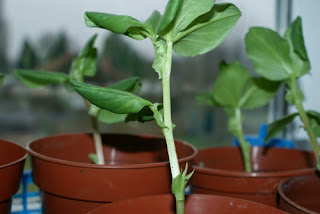 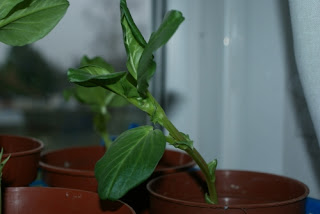 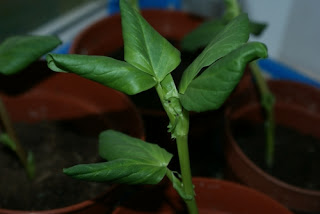 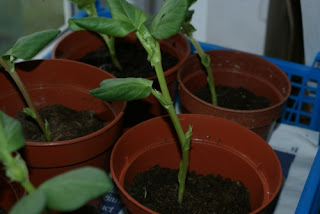 So that’s the bedroom windowsill free again which will be perfect to start off my cherry tomatoes on and with the next 7 days seeing daytime temperatures reaching above 10c it should be a great week to start them in. Looking further ahead though shows a frost may return. Watching the weather outlook has never been so meaningful.
Whilst waiting for a friend to join my on the PS3 to play some Call of Duty, I decided to check out the website for the BBC TV Show - Gardeners World. On there was many short video tutorials and in the vegetable section were over 50 videos so I went through the ones that were appropriate to me. I hope to incorporate some of what I learnt from them over the next few months.
There were 2 polytunnels left in Aldi’s on Friday morning so snapped them up straight away. The lettuce should be well protected under them. I checked out the 35p packets of seeds and thought I should buy at least one pack to test this year and see how productive they are. I went for Runner beans as they will fit in by the side of my Broadbeans and have built a 6ft high ridge support for them. Other purchases this weekend were 1m x 10m fleece to go over my carrots to stop carrotfly attacking them. 1 x Bottle of tomato feed. 1 x Bottle of slug pellets. 1 ball of twine, and 1 bag of plastic labels.
Finally, we went to pick up the remainder of the slabs offered on Freecycle. Some of them were real heavy beast’s lol but are now all in place. Some are a bit wobbly so I’ll be resitting them next weekend. So that was my productive 4 days off work. Time to sit back and relax this week. 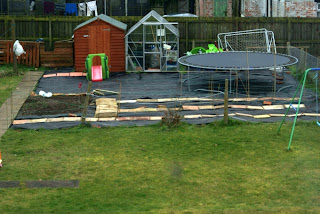 Posted by Daniel Harriss at 6:56 PM