What else is there to do in 30c heat I ask you? Sunbathe? Go for a swim in a lake? Or just chill out in the garden? Not me. I went to throw eggs!!!
Sunday 26th June 2011 saw the 6th World Egg Throwing Championships held in Swaton, Lincolnshire. Teams from all around the globe came to participate. The Netherlands and Germany had sent their teams over both feeling very confident. They looked the part to be honest with you. Germany even brought a TV crew with them as they were part of a science tv show and no doubt wanted to prove that the appliance of science can win everything...
First event was the Russian Egg Roulette. A 1v1 event with 6 eggs to choose from with players taking it in turns to do so. One egg is raw, the other 5 are hard boiled. Avoid the raw egg and you progress in to the next round. To find out if the egg is raw or not, you had to smash the egg against your forehead. Classic.
The first German scientist was up. He chose to go first knowing that by doing so, the last egg remaining will be the opponents and will be raw if all 5 previous eggs are hard boiled. He picked his first egg and smashes it against his forehead, SMASH, raw egg flies everywhere. He was in shock, trying to hide it from the tv crew. Very funny. My turn comes up and its against my throw and catch partner Vince Foster. He gets raw egg everywhere and i progress.
64 players are now down to 32 for heat two. I take my seat and again avoid the raw egg. I’m confident my system for choosing a hard boiled egg is working. Heat three awaits. The second player from Germany fails to make it through. Both out after 2 rounds ROFL
16 players left and its the quarter-finals that await the winner of heat three. Again I successfully pick my boiled eggs and progress to the quarter-finals. A wait now occurs whilst the heats of the other events take place.
The catch and throw event was harder than I first thought. With 2 egg lives, I failed to throw long enough at 20m and failed to catch at 25m so out we went, Sorry Vince.
Back to the Russian Egg Roulette then and its the quarter-finals. My opponent goes first and its a raw egg, semi-finals here I come. I’m quite confident now that my system for picking a hard boiled egg is flawless. In the last two rounds I managed to pick out and avoid the raw egg which my opposing players failed to do and proved my system was working. So the semi’s went by in a blur and again I managed to avoid the raw egg. The Final showdown...
I was up against a member from Team Ireland. He won the toss and chose to go first. He picked a hard boiled egg, my turn, I scan the eggs and am confident I have a hard boiled egg, I was right, 4 eggs remaining and Team Ireland quickly picks another boiled egg, 3 eggs remaining. I pick mine confident its boiled and promptly hit it hard on my forehead. SMASH yolk goes flying everywhere. I’m distraught. My system had failed me at the crucial time. Team Ireland wins the Russian Egg Roulette and I get the silver medal. I’m already thinking about how to tweak my system for next year. It was great fun and cannot wait to go back. 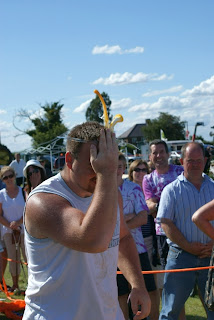 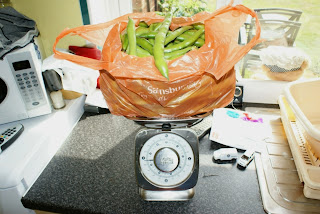 Thats all for now J
Posted by Daniel Harriss at 2:53 PM